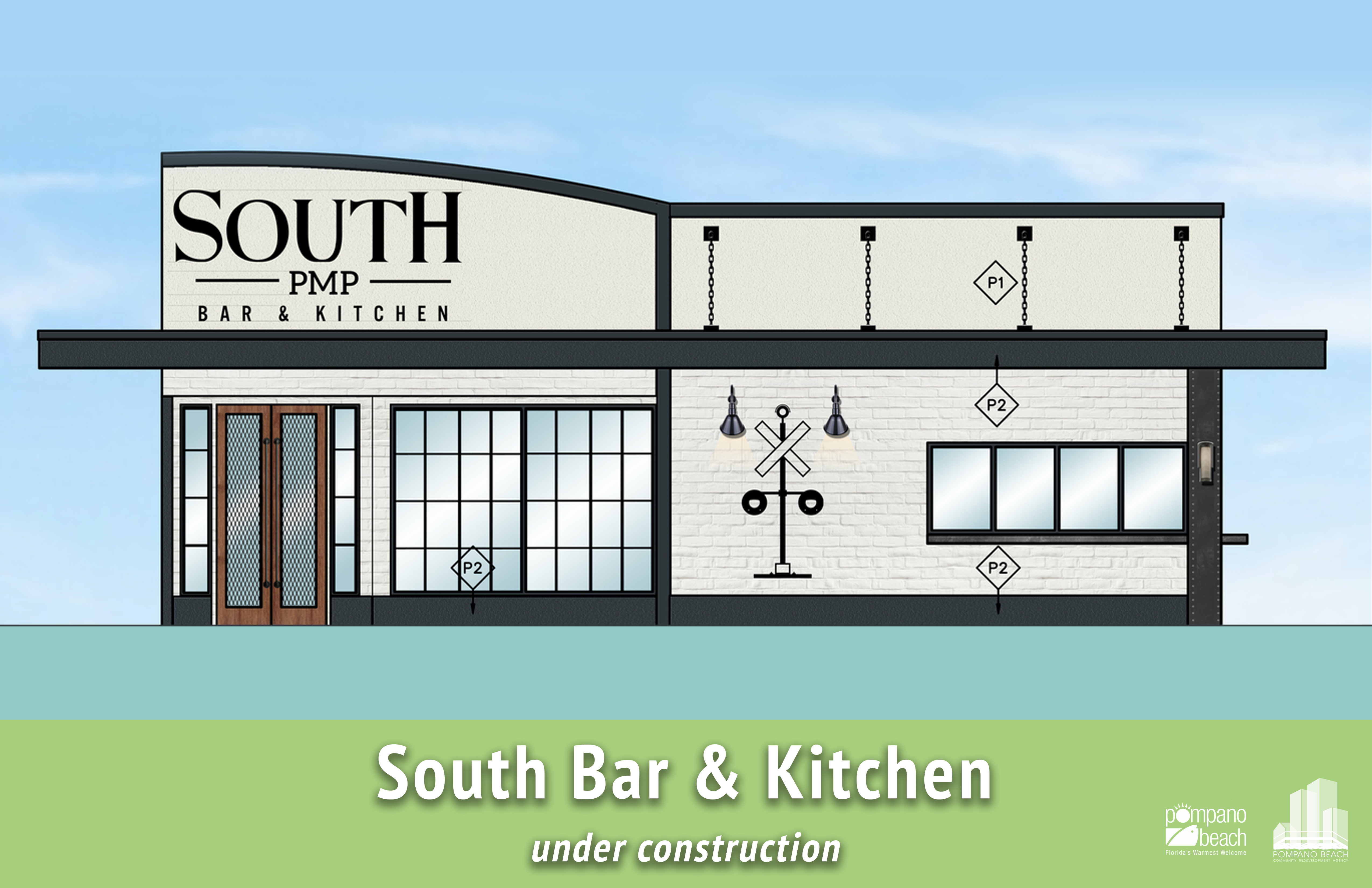 Renowned restaurateur Mike Linder could have opened a new establishment in any South Florida city, but the Pompano Beach resident chose his hometown because the City is investing in its future.

Linder, owner of Jet Runway Café and YOT Bar & Kitchen, both in Fort Lauderdale, is now planning the launch of South PMP Bar and Kitchen in the Old Town District of Downtown Pompano Beach for later this year. The restaurant, with both indoor and outdoor seating, will feature approachable seafood, New Orleans fare and Southern fixings.
Landing a restaurant operator of this caliber, in location in the early stages of redevelopment, is a major coup. And it would never have happened without the Pompano Beach CRA’s incentive program.

In a recent Sun-Sentinel story Linder said, “The grants were a huge factor in making this deal make sense,” said Linder, who has poured $2 million into the buildout of South PMP but stands to gain $300,000 in reimbursements once the restaurant opens. “If it was between here and some other place with foot traffic, I would have gone somewhere with foot traffic, but the incentives were great.”

And Linder is correct, areas in the early years of redevelopment are not prime locations for investors. But CRAs have tools to make these areas more appealing for business owners who buy into the vision for the future.

In Linder’s case, the CRA made a small investment to gain a completely renovated 3,700-square-foot property, a business that will provide jobs for the community, and increased property taxes which will go back to the City and CRA trust fund.

While everyone is looking forward to the debut of South PMP, the plan to create a prosperous dining/entertainment location in Downtown Pompano Beach was initiated years ago. The CRA identified Old Town (Pompano Beach’s original historic Downtown) as having tremendous potential to become an economically thriving, socially-active area.

But to make that vision a reality, the CRA requires developers, restauranteurs, and business owners to buy into the plan and invest their own money to make it viable.

Currently, another prime restaurant space in Downtown is available and the CRA has issued a Request for Proposal (RFP) for a developer/operator. Locals have dubbed the location the “Wash House,” as the historic building was once a former laundromat. Conceptual ideas for the 6,089 square foot building include a high-quality, unique, diverse style restaurant or a craft brewery/wine bar with a food component of light bites or full kitchen. Roof top seating must be incorporated as an active use.

The deadline to reply to the RFP is August 22, to learn more visit https://pompanobeachfl.ionwave.net.