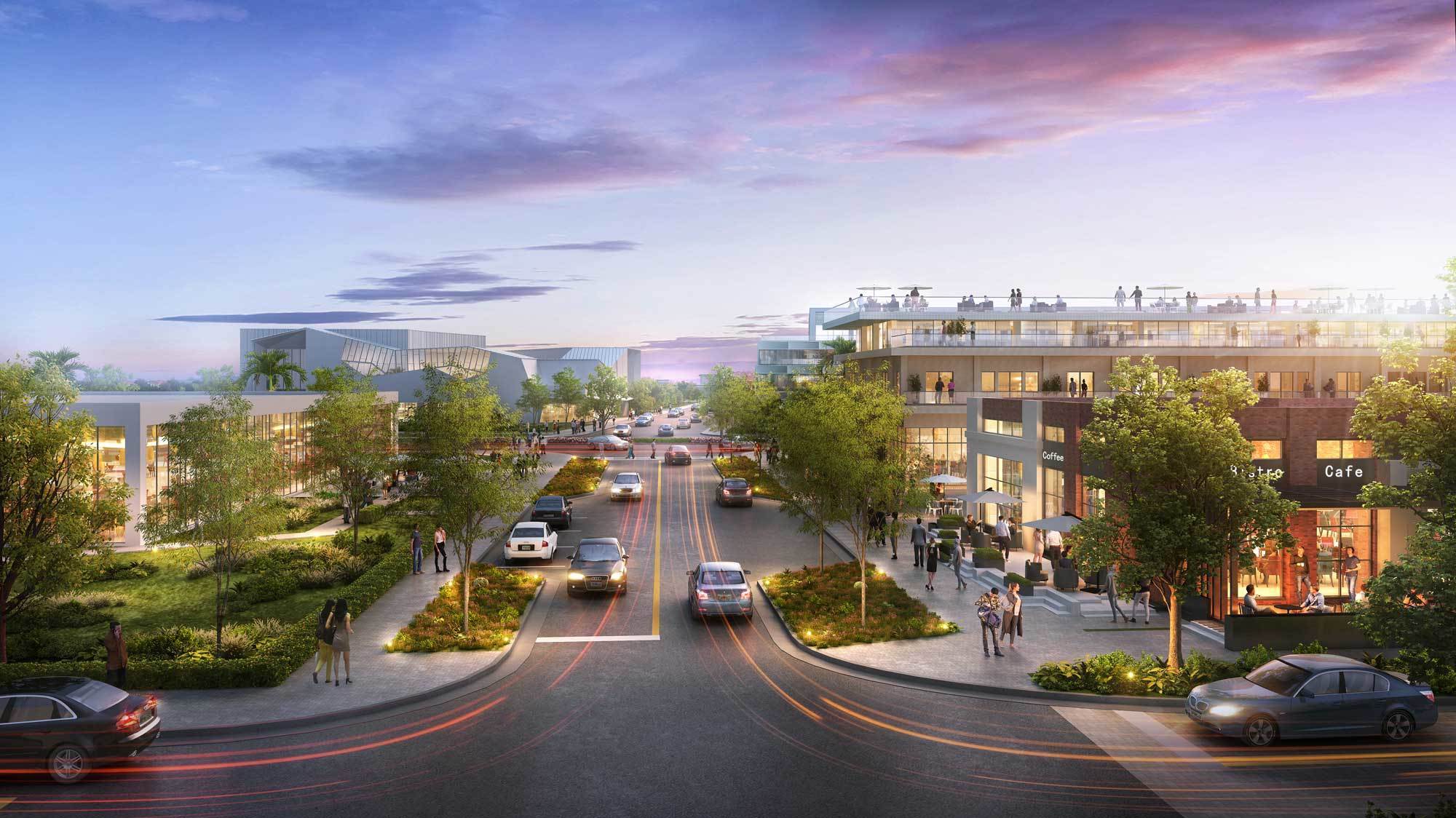 The City of Pompano Beach will begin the second segment of its Streetscape Improvements to Atlantic Boulevard and Dixie Highway beginning on January 17th. The project will realign Atlantic Boulevard, creating a signature entrance to the heart of our City and setting the foundation for our new Downtown.

Segment Two will include improvements from SW 3rd Street to NE 10th Street on Dixie Highway and from west of NW 6th Avenue to east of Cypress Road on Atlantic Boulevard. Construction will be sequenced in order to minimize the inconvenience to the public.

On Dixie Highway, construction will begin at NE 10th Street and work will progress southward to Atlantic Boulevard. This phase of construction will occur in the center of the roadway, where the existing median will be removed and a new median will be constructed. Between NE 10th Street and Atlantic Boulevard on Dixie Highway, one lane of travel will remain open in each direction.

Prior to construction, messaging boards will be strategically placed at various locations advising the public of upcoming construction, as well as suggested alternate routes.

This phase of construction is expected to take approximately three months to complete. Construction updates will continue to be provided to the public as the project progresses.

The Progress in Pompano! Project to improve the Atlantic Boulevard and Dixie Highway corridor was made possible after a successful collaboration with the Florida Department of Transportation (FDOT) to acquire Dixie Highway in its entirety in the City of Pompano Beach. This acquisition was essential in order for the City to have the flexibility to add major beautification elements to the project for Pompano Beach’s new signature entrance. FDOT transferred almost $5 million in funding to the City as this money had already been designated for the resurfacing of Dixie Highway. The City will also receive approximately $25 million from the Broward County Penny for Transportation Surtax fund which is designated for transportation. Additionally, funding was provided by the City’s General Obligation (GO) Bond and Community Redevelopment Agency (CRA).