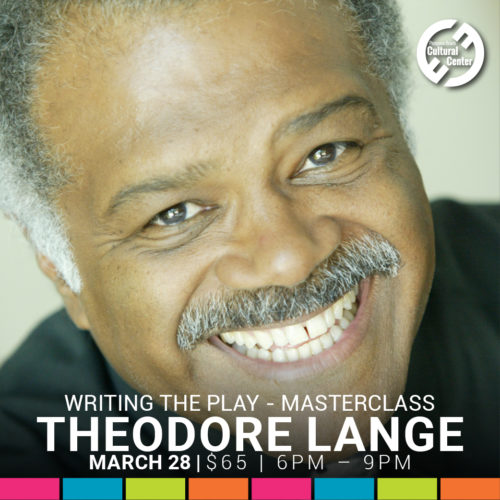 In this playwriting masterclass led by legendary actor, playwright, and director Ted Lange from the iconic television show “The Love Boat” you will discover or rediscover, the playwriter in you! Whether you’ve never written anything before, you’re experienced in another kind of writing, or you’re a playwright looking to sharpen your skills, “Writing the Play” offers clear, step-by-step guidance in the basics: character, conflict, and structure, setting, dialogue, and formatting. But that’s not all. Need to make that good script great? We’ll study more than a dozen elements you can use in the rewriting process to move your script up a level and then discuss what to do next in the development process.

ABOUT TED LANGE
Ted Lange personifies the Renaissance Man Theatre Award received from the NAACP. A graduate of London’s Royal Academy of Dramatic Arts, Lange’s career gained worldwide recognition as a gifted actor of stage and screen, revered director, and prolific writer. Lange penned twenty-five plays including, his historical trilogy, George Washington’s Boy, The Journals of Osborne P. Anderson, and Lady Patriot, as well as Four Queens - No Trump, a comedy which, won NAACP Best Play. He most recently directed, Satchmo at the Waldorf , for American Stage, starring L. Peter Callender. Lange has directed the Shakespearean plays, Othello, Richard the III, and Hamlet. He wrote Born a Unicorn, a musical about Black Shakespearean actor Ira Aldridge. His prequel play of Othello, The Cause My Soul, won Best play of 2017. Lange is known for his portrayal of Isaac from the Love Boat.