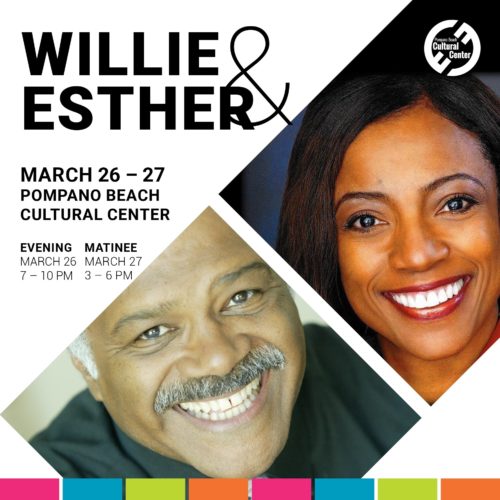 Willie & Esther, a comedic and heartfelt story of a couple fighting to survive life in LA. While pushing to get to the next level they end up pushing the boundaries of their relationship hoping to eventually escape their Stark reality. The role of Esther will be played by Thelma of “Good Times” Ms. BernNadette Stanis and the role of Willie will be played by Isaac of “The Love Boat”, Mr. Theodore Lange.

Join us for a screening of an episode of The Love Boat at 7:15 pm followed by an Interview and audience Q&A with Theodore William Lange who portrayed Issac on the wildly successful television show. This romantic and comic drama aired from 1977 to 1987 on ABC and followed three story lines of the passengers and crew of the cruise ship, Pacific Princess.

Join us for a screening of an episode of Good Times at 7:15 pm followed by an Interview and audience Q&A with BernNadette Stanis who played Thelma on the sitcom that aired for six seasons on CBS from 1974 to 1979. Created by Eric Monte and Mike Evans and developed by executive producer Norman Lear, Good Times was television's first African American two-parent family sitcom. Florida and James Evans and their three children live in a public housing project in a poor, black neighborhood in inner-city Chicago and the show’s characters attempt to overcome poverty.

In this playwriting masterclass led by legendary actor, playwright, and director Ted Lange from the iconic television show “The Love Boat” you will discover or rediscover, the playwriter in you! Whether you’ve never written anything before, you’re experienced in another kind of writing, or you’re a playwright looking to sharpen your skills, “Writing the Play” offers clear, step-by-step guidance in the basics: character, conflict, and structure, setting, dialogue, and formatting. But that’s not all. Need to make that good script great? We’ll study more than a dozen elements you can use in the rewriting process to move your script up a level and then discuss what to do next in the development process.