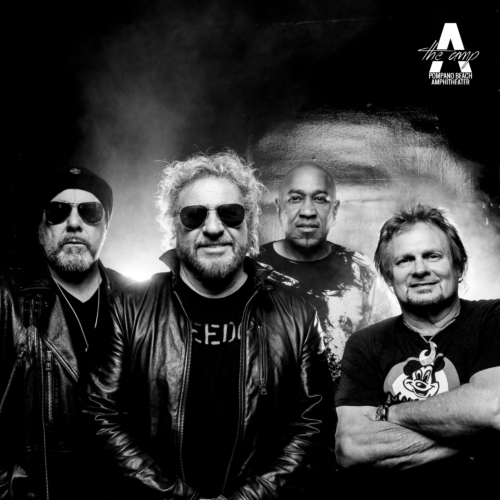 Beach Bar Rum Presents Sammy Hagar & the Circle. Performing at the Pompano Beach Amphitheater on Saturday, March 5 the tickets are on sale on Red Rocker.

Led by Sammy Hagar, the Rock & Roll Hall of Fame vocalist, guitarist and songwriter, THE CIRCLE features Michael Anthony, the renowned bassist and fellow Rock Hall of Fame inductee, who’s played with him for the past 30 years in bands including Van Halen and Chickenfoot; JASON BONHAM, the acclaimed journeyman drummer and son of Led Zeppelin’s iconic drummer, John Bonham; and VIC JOHNSON, Hagar’s longtime guitar virtuoso who seamlessly shreds through his own, as well as some of rock’s most iconic guitarists’ riffs.

Formed in 2014, the critically-acclaimed supergroup takes fans on a musical journey through rock history with a setlist spanning four decades of Hagar and the band’s biggest hits from The Circle, Van Halen, Montrose, Sammy Hagar & The Wabos, and beyond — and with Bonham on board, they’re also known to tear into a few Led Zeppelin classics, as well as some surprise jams. Sammy Hagar & The Circle kicked off 2021 with the release of Lockdown 2020, an album collection of their massively popular Lockdown Sessions featuring raw and raucous compact covers recorded remotely by each bandmember during the Covid-19 pandemic. Initially released as a series of digital music videos coving hits like The Who's "Won‘t Get Fooled Again,” Bob Marley's "Three Little Birds, and "AC/DC, "Whole Lotta Rosie," the Lockdown Sessions had already reached an online audience of more than 30 million before the album’s release. The album release featured a special added cover of David Bowie's "Heroes,” with proceeds donated to frontline workers. The Circle’s debut original album, Space Between, was released in 2019 and debuted at #4 on the Billboard 200 and #1 on Billboard’s Top Rock Albums and Hard Rock Albums charts. Space Between is a concept album unified by the themes of money, greed, enlightenment and truth. Following the album’s success, Sammy unveiled a 36-minute experimental short called Space Between: The Film as a visual companion with the songs from Space Between acting as a musical backbone to its plot. The band toured throughout 2019 in support of the album, earning universal praise from fans and critics alike. The band had previously released a live album/DVD called, At Your Service, which was recorded during the bands first North American tour in the summer of 2014. Released in 2015, it peaked at #4 on Billboard’s Hard Rock Album Chart and the live DVD debuted at #2 on SoundScan's “Top DVD Music Video” bestseller chart – a testament to the strength of the band’s live performances. 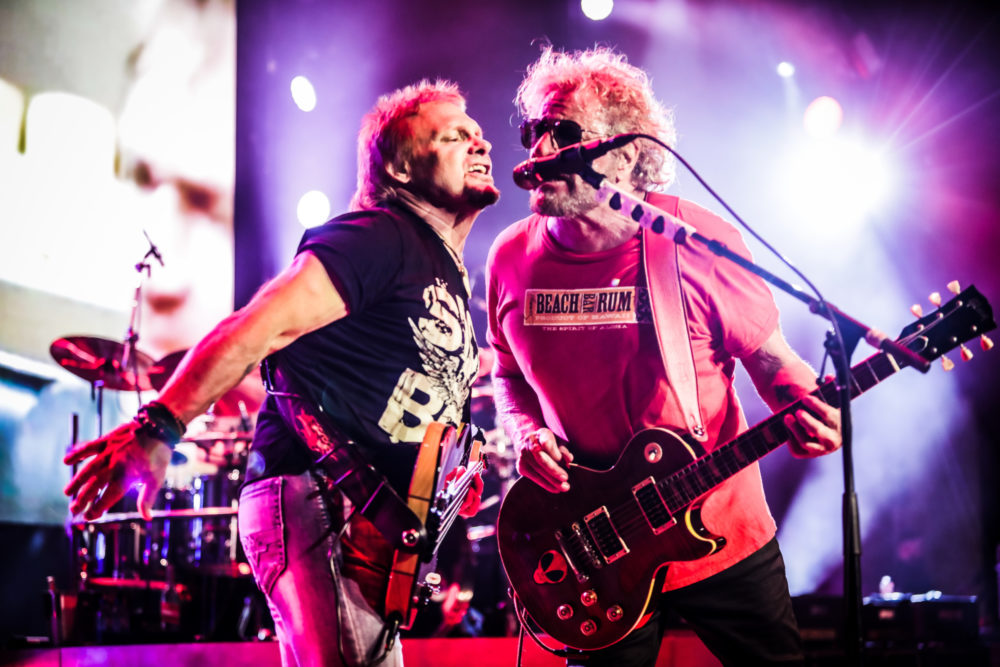 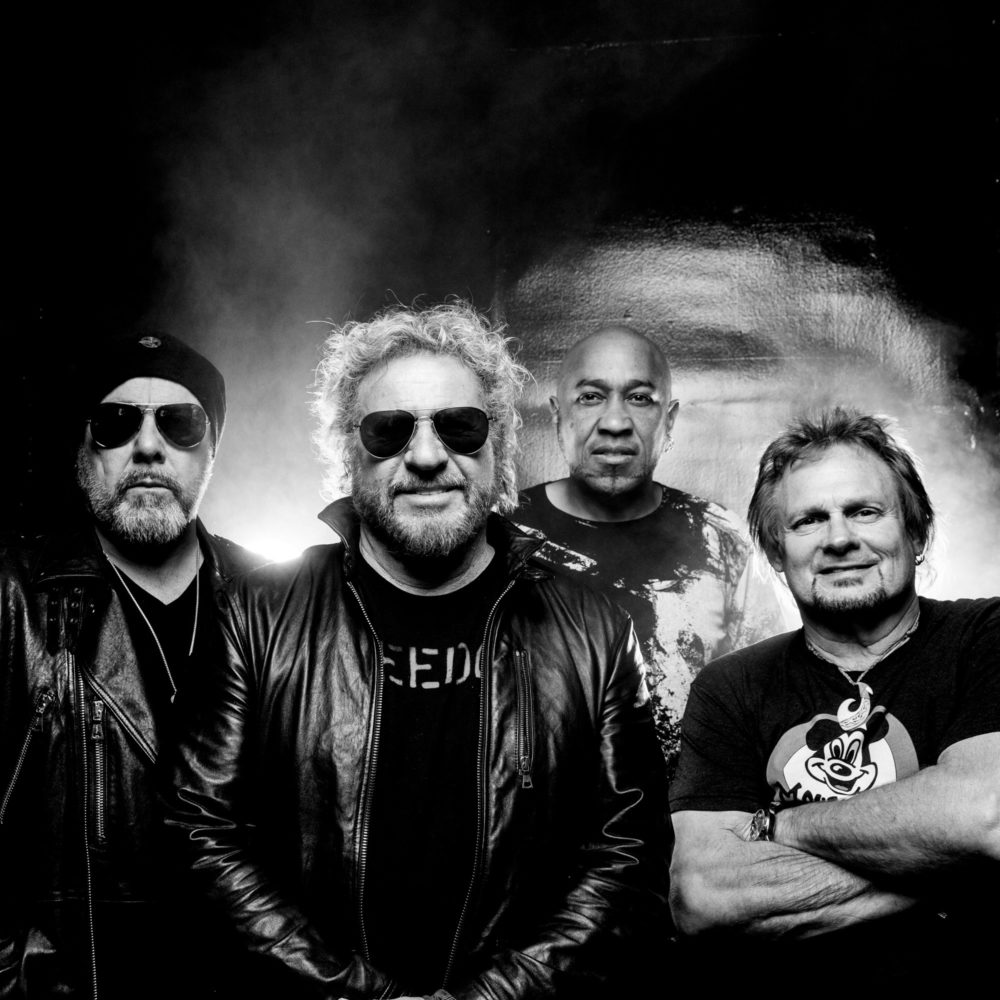 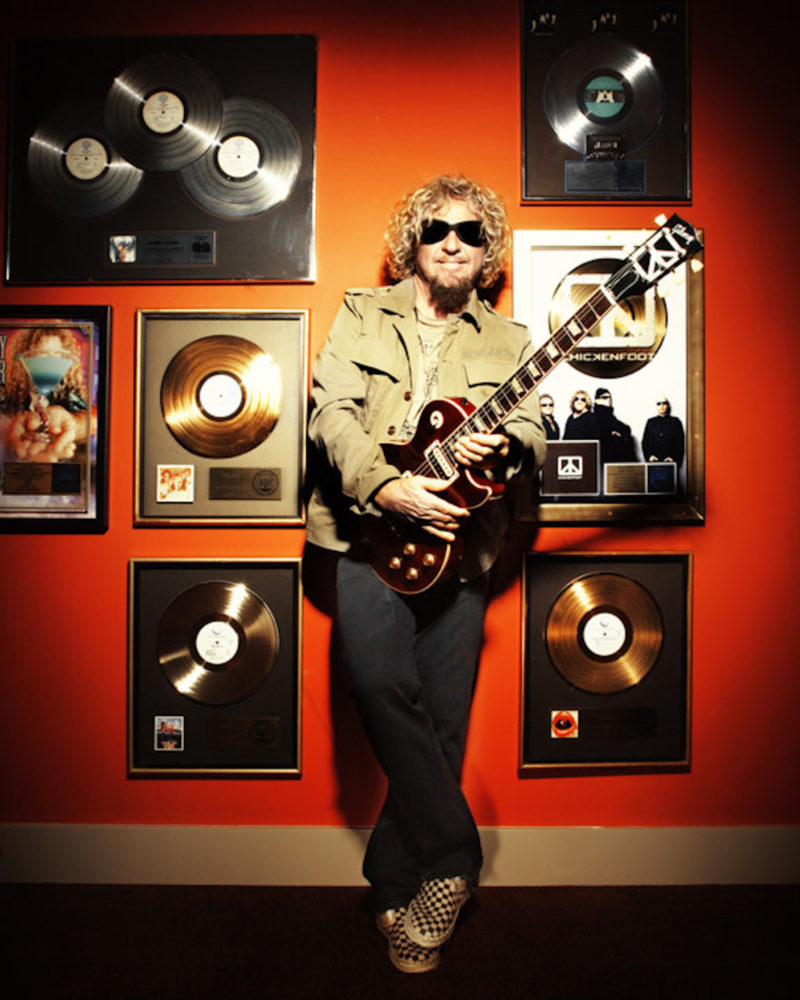 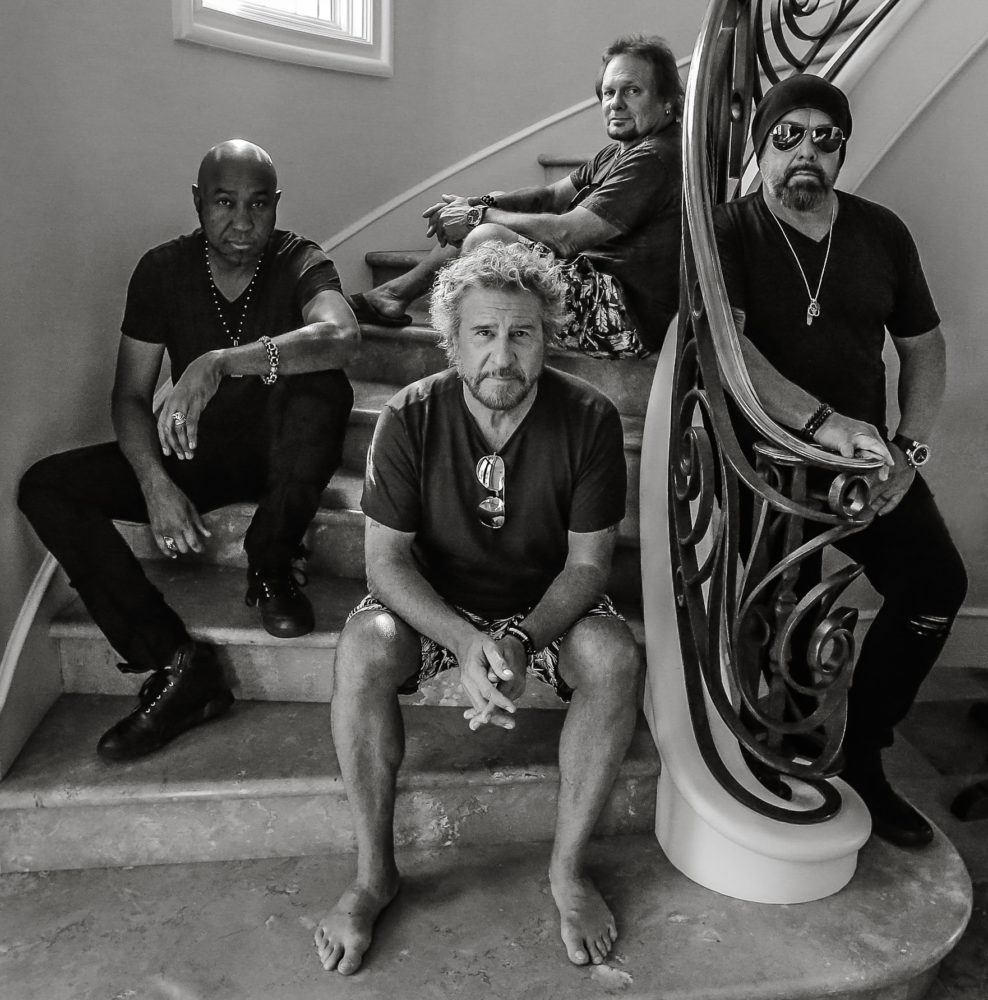 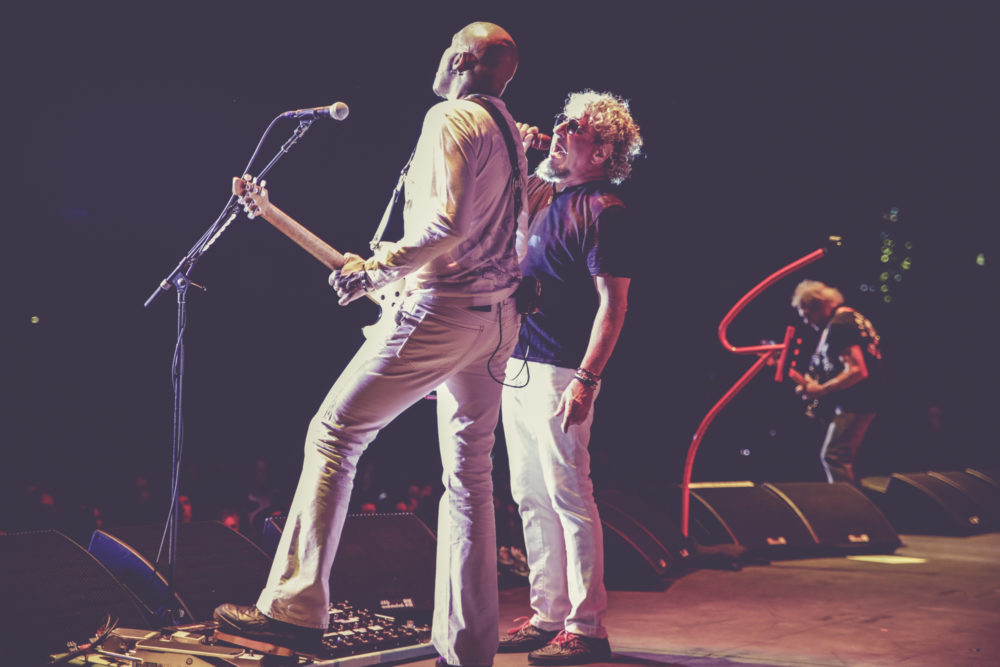 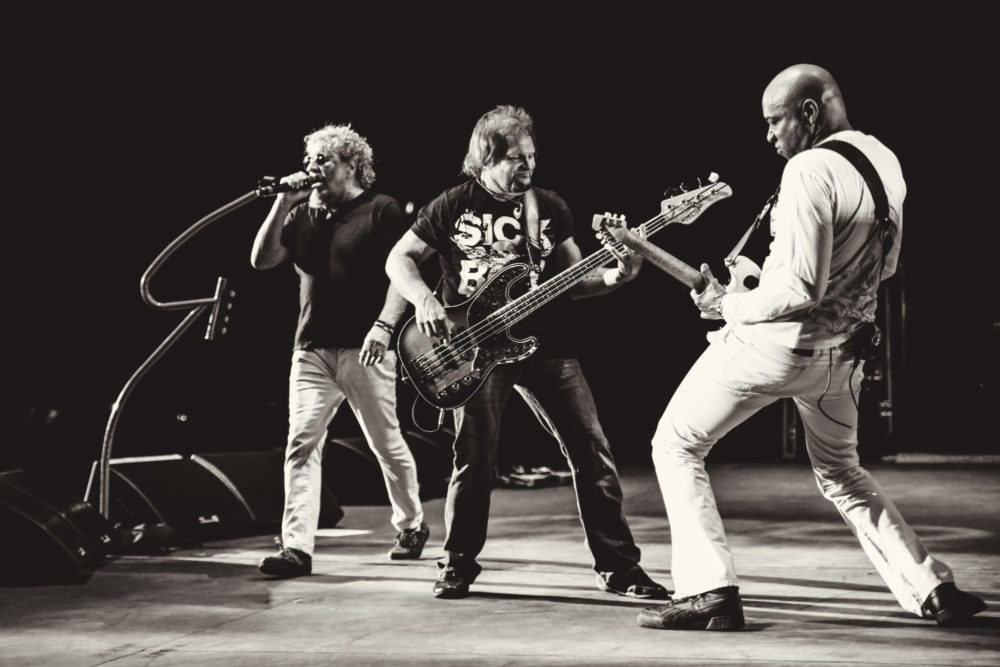 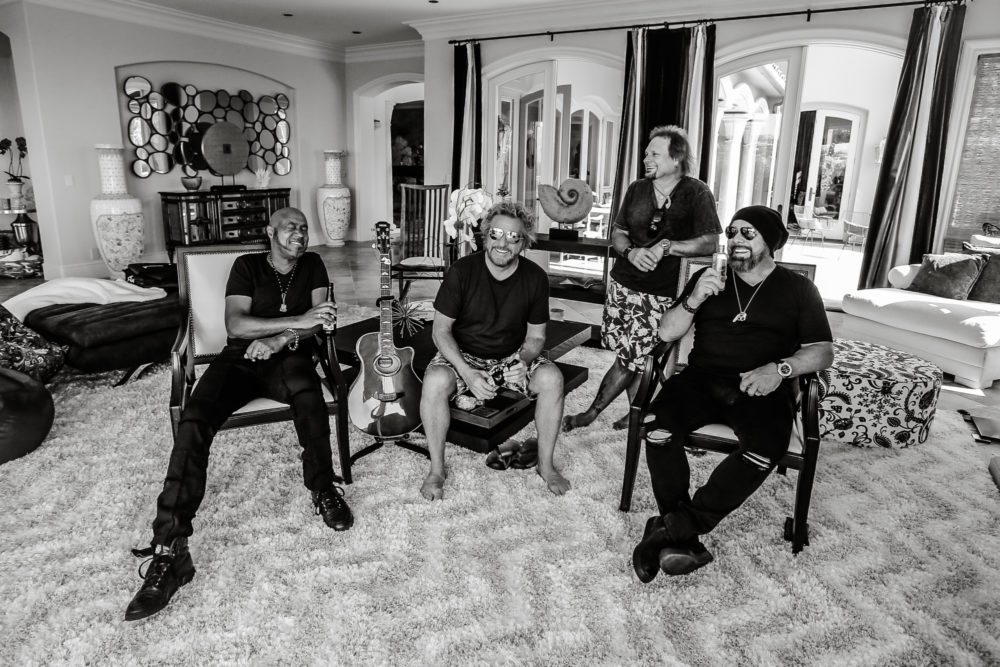