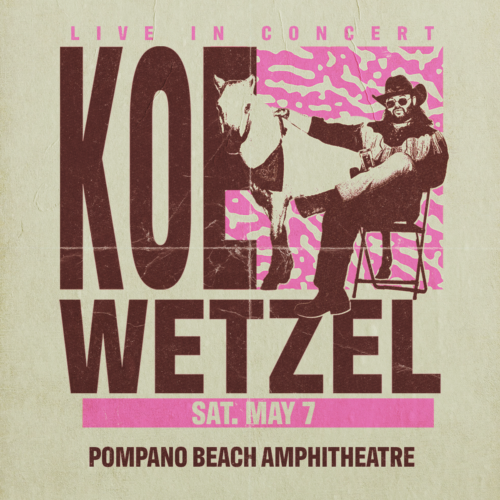 Koe Wetzel Live in Concert performing at the Pompano Beach Amphitheater on Saturday, May 7.

Just before closing time at any bar in the world, certain songs will play, and you know the artist right away (no matter how many drinks you’ve had). With whiskey in his glass, smoke in the air, a head full of stories, and a guitar in his hands, Koe Wetzel writes those kinds of songs. Brewing a homegrown blend of grunge, country, Americana, and anything else he pleases, the Texas-born, singer, songwriter, guitarist, and producer has unapologetically bulldozed a path of his own since 2015 without permission. For the uninitiated, the music sounds like Waylon Jennings making a record in Seattle circa ’91. After moving 200,000-plus units of independent releases such as Noise Complaint [2017] and Harold Saul High [2019], racking up over 485 million streams and views to date, selling out countless shows, and even launching his own live extravaganza Koe Wetzel’s Incredible Music Festival, he makes his major label debut in 2020 with his third album, Sellout [Columbia Records].

“We’ve been playing in bars and anywhere we could for the past ten years,” he says. “It took us a while, but we really found our sound on Sellout. Once we signed to Columbia, I heard the term ‘Sellout’ over and over again. I wanted to show everybody we’re not afraid to be ourselves, we’re not going to be greedy, and we’re never going to change. I’m not trying to be anybody else—and I don’t want to be. Ten years from now, I don’t want you to hear this music in a bar and have to question who it is. You’ll know it’s us.”

Sellout came together just like every other Koe Wetzel record. He entered the studio in Denton, TX with longtime collaborator Taylor Kimball, picked up a guitar, and wrote without filter. His style crystallized like never before, bringing this vision of “Grunge country” to life.

Simultaneously, he held nothing back.

He teased the record with “Kuntry & Wistern.” It trended on Apple Music and racked up 8.4 million Spotify stream within a few months. On its heels, “Sundy or Mundy” attracted widespread acclaim. In addition to applause from American Songwriter and more, Rolling Stone christened it “a hard-rocking stomper that owes more to grunge and fellow Texans the Toadies than any of Wetzel’s Red Dirt peers.” Meanwhile, guitar leads wrap around a driving beat on the anthemic “Good Die Young” punctuated by raw confessions like, “My momma called to say she’s praying for me, and Jesus called but I wasn’t there. He left a message on my answering machine just to tell me how much he cares.”

“My best friend passed away, and I started ‘Good Die Young’ four years ago, but I never finished it,” he admits. “When we were cutting songs for Sellout, I came back to it. I had another good buddy pass away not too long ago, so I reconfigured the tune a little bit. It means a lot to me, because I’ve had too many buddies pass long before they should’ve.”

He pins a hypnotic melody to distorted guitars and a thick bass line on the single “Cold & Alone,” which culminates on a chantable chorus. “It really captured how I felt in the moment,” he goes on. “I was thinking about past relationships where I had girls run off, or I’d run off on girls. I put myself in their shoes or thought about what I went through. It ended up being one of my favorites.”

Bookended by skits with “label suits,” the record displays many sides of Koe from the masterful yet melancholic melody of “Drunk Driving” and double entendre of “Drug Problem” to the airy steel guitar and whistling of “Crying from the Bathroom Floor” and the hidden track all about a “Chicken Farmer.”

Through and through, Sellout gives listeners a pretty indication of who he is.

Truth is, Koe Wetzel is the guy with songs you’ll be singing in the bar a decade from now 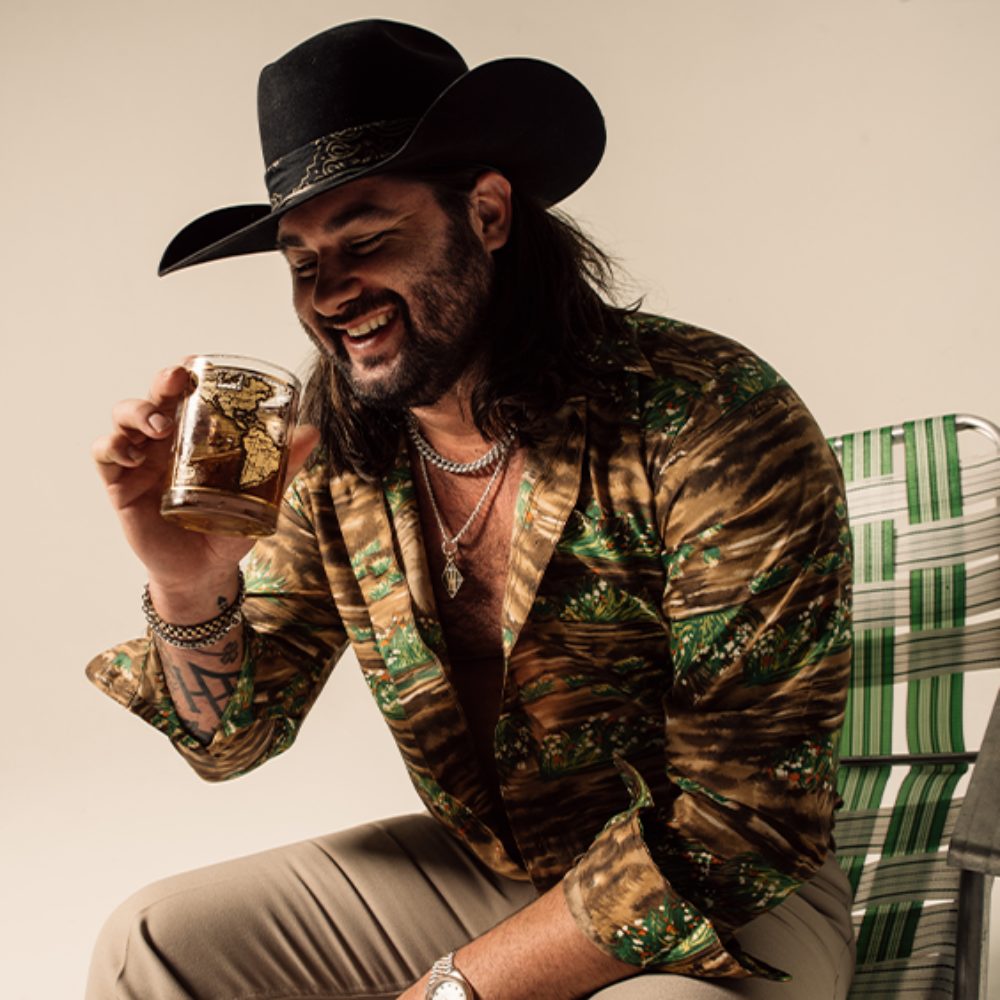