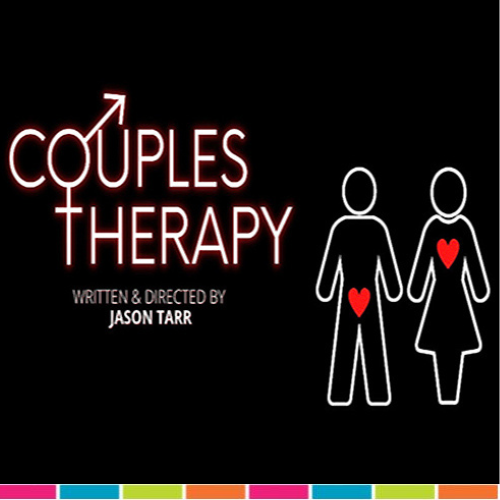 This show will strengthen or destroy your relationship. Either way, you’re welcome!

Couples Therapy is a show unlike any others (I know you’ve heard that before but we mean it). It is a unique and clever combination of theater and stand-up comedy that is as funny as it is insightful. Audiences go on a hilarious and interactive ride as a pair of married relationship experts equally explore and appreciate the differences between men and women. The show offers endless humor packed with practical relationship advice rooted in science and psychology (we really did our homework)! So strap in, as we don’t just break the fourth wall, we smash right through it! Men and women are different. Not better or worse, simply different! True fact: We all start out female in the womb. Don’t believe us guys, just look at your chest – It’s the reason you have nipples. Has that sunk in? 22 of the 23 pairs of chromosomes between us are identical. In fact, there are only about 78 genes that separate us. In Couples Therapy we explore and exploit these differences in all their magnificent and hilarious glory.

Couples Therapy is a 90-minute show led by a pair of married, relationship experts who dynamically take on several characters and skits throughout the performance. From start to finish the performers interact with the audience both directly as well as through response cards that are completed prior to the show. It is truly a unique and clever combination of theater and stand-up comedy that is as funny as it is insightful.