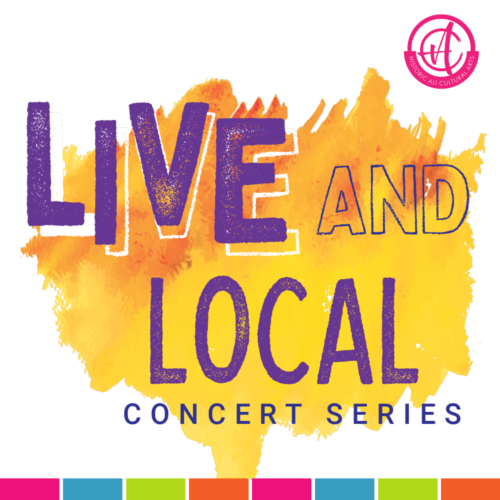 Whether you want to rock out or groove, head bang or bop, the new Live and Local music series will have a beat for everyone! Pompano Beach Arts is excited to expand the South Florida musical landscape by providing a stage for the area’s best bands, in all genres, including rock & roll, hip-hop, grunge, reggae, blues, classic pop, alternative and more! The Ali’s awesome outdoor space provides a cool vibe to soak up the latest sounds while sipping on cutting edge craft beers and sampling the latest culinary treats from local food vendors.

In the decade since he burst upon the national scene by winning 1st place in the Blues Foundation’s 2009 International Blues Challenge in Memphis, TN with his band the Red Hots (and the prestigious Albert King Award as best guitarist), Arkansas native J.P. Soars has toured extensively through the United States, Canada, South America and Europe, and released an impressive catalog of powerful music. In addition to his work with his own Red Hots, Soars has been part of the regional all-star blues act Southern Hospitality, also featuring Tampa vocalist/guitarist Damon Fowler and 2019 Grammy nominee, Memphis vocalist/keyboardist Victor Wainwright, plus Red Hots drummer Chris Peet and Wainwright’s bassist Terrance Grayson. The Band’s 2013 Blind Pig release, “Easy Livin’” earned a Blues Blast Award for “Best New Artist Debut Release”, and they toured worldwide in-between the three bandleaders’ own schedules.

Soars was featured on an album by Jimmy Thackery and the Drivers, and has released five albums on his own and with the Red Hots, most recently the critically acclaimed SOUTHBOUND I-95. Brian Owens of Blues Music Magazine writes: “Make sure you have a fire extinguisher handy when you play Southbound I-95, cause J.P. Soars and his gang are on fire.” Steve Ovadia of American Blues Scene writes, “Soars’ voice and guitar are the glue that holds the album together. Both are the common thread through the various songs and both inject all of the tracks with a warmth and humanity. J.P. Soars is much more than just a gun-slinger.”

J.P. is psyched about his upcoming release, recorded during a whirlwind weeklong session at Tab Benoit’s Whiskey Bayou studios, with a band featuring Red Hot’s drummer Chris Peet on bass, and Benoit on drums, they recorded twelve songs in five days – eight originals which they wrote on the spot, plus four choice covers. The inspiration for the album came from the many nights they all spent jamming into the wee hours on the Legendary Rhythm and Blues Cruise and at the Big Blues Bender, and as expected, they captured many magical musical moments on this record.

Positively Africa is an African fusion band based in Lake Worth, Florida led by gifted guitarist Julius Sanna. It features vocals, guitar, bass guitar, keyboards, drums and percussions featuring the African Djembe. The band is customizable into duo, trio, quartet or a six piece with the addition of a saxophone. The music is a blend of jazz, funk and afro-fusion. Positively Africa also features African dancers for special events requested by clients. Positively Africa band performs for corporate events, non-profits, faith-based organizations, schools, festivals and special events including weddings. We are dedicated to "telling the other side of the African story" through music and presentations on positive developments in Africa. We encourage investment in Africa through business, education, tourism, healthcare and positive media coverage.

Space is limited, RSVP on Eventbrite. No tickets are sold at the door.