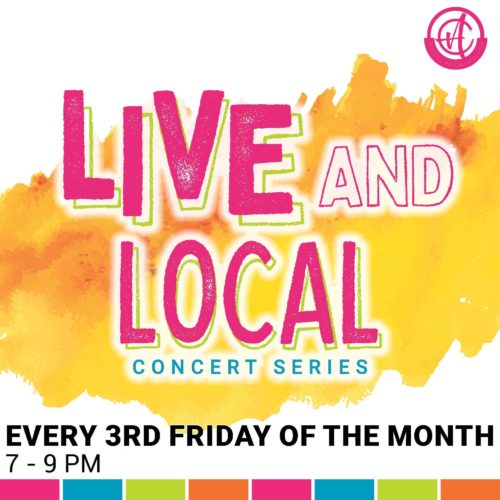 Whether you want to rock out or groove, head bang or bop, the new Live and Local music series will have a beat for everyone! Pompano Beach Arts is excited to expand the South Florida musical landscape by providing a stage for the area’s best bands, in all genres, including rock & roll, hip-hop, grunge, reggae, blues, classic pop, alternative and more! The Ali’s awesome outdoor space provides a cool vibe to soak up the latest sounds while sipping on cutting edge craft beers and sampling the latest culinary treats from local food vendors.

Lady Delbert Mohorn's love for singing and passion for teaching are but two of the many traits that characterize Lady Delbert Mohorn. She feels her greatest gift is her ability to connect with individuals through her singing.

Lady Mohorn is an anointed gospel vocalist, making an immense impact on all who love to hear her sing. Lady Mohorn is greatly motivated with the desire to see her singing inspire her listeners to be filled with the Glory of God through her music. One of her most requested songs to sing is “Be Encouraged”.

She is the Founder of “How Warm is Your Heart” (HWIYH), a foundation of restoration for homelessness or those near homelessness to become self-sufficient. HWIYH provides food, clothing, mentoring and spiritual counseling.

Whether fronting a swinging rhythm section, big band, orchestra or conducting a gospel choir, Silvera is adept, sophisticated and musical. Her passion is the music, she sings and swings from the heart. One critic says, “Listen to the honey – no, the molasses – of her tone…. Just when you cozy into her velvet sound, she growls out a line that is motivated purely by swing. Phrasing around the rhythm and landing in the pocket, she swings, and swings hard.”

Silvera followed the advice given to her by one of her many mentors, diversify!- She received her Bachelor's Degree in Music, (Classical Vocal Performance) and her Masters' Degree in Choral Conducting from Washington State University while honing her skills as a jazz musician. She is a three-time Lionel Hampton winner in jazz voice and a two-time Downbeat Magazine Winner in the college vocal category. She also began to sing for and with some jazz contemporary greats, including Russell Malone, Christian McBride, Roy Hargrove, Ira Sullivan and many more.

Originally a dancer with little formal musical training, Leesa Richards became a professional singer performing “Somewhere” from West Side Story in her first international gig in Monte Carlo. She has toured as a dancer with Whitney Houston and sang with the Bee Gees on tour. After moving to Miami, Richards immersed in the Latin music scene thanks to tours with Julio Iglesias, Jon Secada, and Gloria Estefan. She has recorded background vocals for Barbra Streisand and Lenny Kravitz and has written and produced her own album, Mother’s Child. She advocates for the rights of music creators and is a former board member for the Florida Chapter of the Grammy Organization.